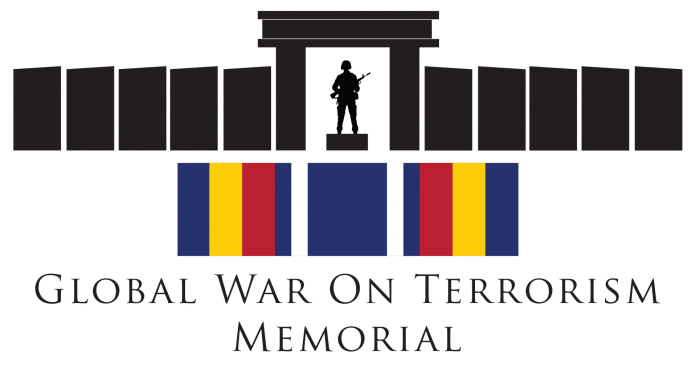 The Global War on Terror (GWOT) Memorial Foundation (https://www.gwotmemorialfoundation.org/) , the congressionally-designated non-profit foundation tasked with organizing, fundraising and coordinating efforts to build a new memorial on the National Mall in Washington, D.C., is welcoming two new ambassadors and adding a new member to its board of directors.

Over the course of their tenures, the new team members will lend their expertise and strategic insights in support of the Foundation’s mission to build a national memorial recognizing all those who have served, and continue to serve, in the GWOT. The new team members are:

* Ted Skokos (GWOT Memorial Foundation Board of Directors) is a retired lieutenant colonel in the U.S. Army and an entrepreneur residing in Dallas, Texas. He served in the U.S. Army during all three Gulf War missions and retired in 1992 as a 21-year veteran. After successful tenures as a prosecutor and civil attorney, Skokos focused his energy on the business world, founding companies in the wireless communications and medical device industries. He and his wife Shannon founded The Ted and Shannon Skokos Foundation (http://www.skokosfoundation.com/) , which awards grants to public charities making a positive impact on society.

* Lyla Kohistany (GWOT Memorial Foundation Ambassador) is the president and co-founder of PROMOTE (http://www.promoteleadership.org/?fbclid=IwAR0Q3nRisH0ZT7gjWt9AXsFtN50s11ShO6ywJ4H4ar3Jd1gwNa6kGXGRCYI) , a non-profit focused on creating inclusive national security teams. A native of Afghanistan, she served on active duty from 2001-2007 as a naval surface warfare and intelligence officer and deployed to Bagram in 2005. Since 2008, she has enabled and advised military operations in Afghanistan as a consultant for the Defense Intelligence Agency and U.S. Special Operations Command (USSOCOM). From 2013-2014, Kohistany deployed as the NATO Special Operations Component Command-Afghanistan’s cultural advisor. She currently consults for USSOCOM as a Cultural Advisor and the Cultural Intelligence Center as a Master Trainer.

* Vincent “Rocco” Vargas (GWOT Memorial Foundation Ambassador) is a writer and actor known for The Long Way Back (2016) and Dads in Parks (2016). He currently plays Gilberto ‘Gilly’ Lopez on Mayans M.C. on FX, and hosts the Vinny Roc Podcast (http://vinnyrocpodcast.libsyn.com/) . Vargas became an Army Ranger at 22 years old and completed three combat deployments to Iraq and Afghanistan with the 75th Ranger Regiment’s 2nd Battalion. He entered the Army Reserve following active duty, working in special operations for the Arizona Department of Corrections and U.S. Border Patrol before starting his entertainment career.

“Each of these accomplished individuals brings a unique set of skills, expertise and perspective to our mission, and we are honored to welcome them as valued new team members,” said Michael “Rod” Rodriguez, president and CEO of the GWOT Memorial Foundation. “As our team continues to grow, their leadership and continued selfless service will be invaluable as we seek to establish a memorial on the National Mall befitting all those who have served, continue to serve, and will serve in our nation’s longest conflict.”

“To be a part of this effort is a once in a lifetime opportunity to leave a legacy that will remind, educate and inspire future generations of the sacrifice of thousands of Americans that came before them to combat and defeat terrorism,” said Skokos.

Over the months ahead, the GWOT Memorial Foundation is focused on advocating for land within the National Mall in Washington, D.C. Winstanley Architects & Planners (https://www.winstanleyarchitects.com/) (WA&P), the Foundation’s executive architect, is managing and overseeing the 24-step process (https://www.ncpc.gov/plans/memorials/) required by the National Capital Planning Commission (NCPC) and National Capital Memorial Advisory Commission (NCMAC) to design and build the memorial in Washington, D.C.


WA&P has already surveyed groups around the country, gathering input from veterans, service members, military families and the American people about what the memorial should represent, the feelings it should evoke and the educational elements it should convey.

Once a site is selected and approved, the Foundation will oversee an invited memorial design competition which captures the themes discovered, including those of endurance and sacrifice on a global and multi-cultural scale in America’s longest war.

About Global War on Terror Memorial Foundation
The Global War on Terror (GWOT) Memorial Foundation is the congressionally-designated nonprofit organization whose mission is to provide the organizing, fundraising and coordinating efforts to build a memorial on the National Mall in Washington D.C. to honor our fallen warriors, United States services members, their families and all those who have served in our nation’s longest war. Through its dedicated efforts, the Foundation seeks to build a tangible symbol of the sacrifices made by our country’s service members and their families. The Foundation is a platinum-level GuideStar participant (https://www.guidestar.org/profile/47-3700489) , demonstrating its commitment to transparency.

Since Sept. 11, 2001, nearly 3 million Americans have deployed in support of the GWOT. Of those service members, close to 8,500 have been killed (http://www.icasualties.org/) , with 52,000 wounded in action and an estimated 20 percent of veterans returning home grappling with the invisible wounds of war such as posttraumatic stress (PTS) and traumatic brain injury (TBI). The GWOT Memorial Foundation believes that our service members, their families and the American people deserve a fitting memorial where our country can learn about, reflect and honor their endurance and sacrifice. To learn more or donate, visit gwotmf.org (https://www.gwotmemorialfoundation.org/) or follow the Foundation on Twitter (http://www.twitter.com/gwotmf) , Facebook (https://www.facebook.com/gwotmf) , LinkedIn (https://www.linkedin.com/company/global-war-on-terror-memorial-foundation/) and Instagram (https://www.instagram.com/gwotmf/) .