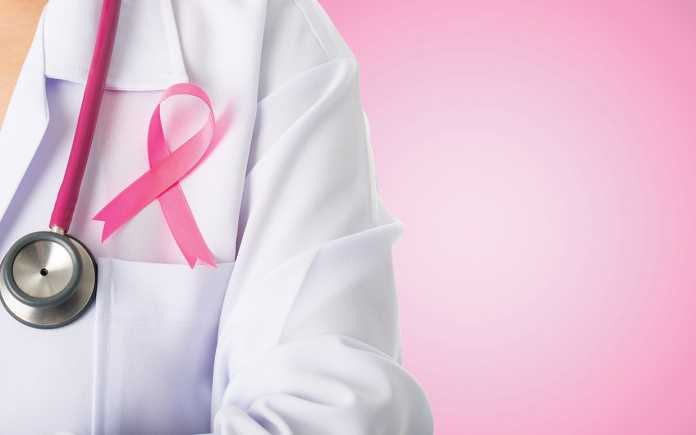 Under the leadership of Linda Vahdat, MD, MBA, Chief of Medical Oncology and Clinical Director of Cancer Services at Norwalk Hospital and Breast Medical Oncologist at MSK, the clinical trials will study the effectiveness of novel immunotherapies for the treatment of triple negative breast cancer.

This cancer is an aggressive form of the disease that cannot be treated with hormone therapies or cancer-fighting drugs that target the three more common receptors that fuel breast cancer growth.

“Through these clinical trials, we have an opportunity to connect patients who have advanced and aggressive forms of breast cancer with world-class doctors and treatment options. In addition to giving hope to patients and their families, these clinical trials also minimize the stress of traveling for treatment by providing local patients with access to cutting-edge community-based care,” said Dr. Vahdat.

Neania Buehler, a United States Army Veteran, is currently enrolled in one of the clinical trials at Norwalk Hospital. Dr. Vahdat is her medical oncologist.

“I was shocked, and I started to cry. You never think it will happen to you,” said Mrs. Buehler as she recounted hearing her diagnosis for the first time. She had a lumpectomy to remove a tumor in her left breast followed by infusion chemotherapy and radiation. She was in remission from October 2016 to August 2017, until she developed a persistent cough that prompted her to seek care from a pulmonologist. A computed tomography (CT) scan revealed that her cancer was back and that it had spread to her lungs.

“Even though we knew I was at risk of my cancer coming back because of the type I had, my husband and I were at first devastated. But, we also felt stronger this time. We said, ‘Okay, we’ve done this before. Let’s figure out what to do next.’ So, I started an oral chemotherapy treatment,” said Mrs. Buehler.

Mrs. Buehler’s advanced breast cancer led to life threatening pneumonia. She was hospitalized twice for pneumonia and spent five days in intensive care. She rapidly lost 50 pounds. During this time, she also learned that the oral chemotherapy was not effectively treating her cancer.

“We understood that this was not an ‘easy’ cancer. We knew we needed to come up with a solution. We could not watch her lose this battle,” said Mrs. Buehler’s husband, Manfred Buehler, who accompanies his wife to all of her appointments and treatments at Norwalk Hospital.

Mr. and Mrs. Buehler set out on a quest for a solution. They tapped into their worldwide network of family, friends, and colleagues and were ultimately referred to Norwalk Hospital and Dr. Vahdat. Mrs. Buehler started treatment in the clinical trial on April 4, 2018.
“I didn’t meet the criteria to participate in other clinical trials we inquired about because I had already received prior treatment for cancer. I was also not a candidate because of my ill health from the pneumonia. So, when I learned that I was not only accepted into the clinical trial at Norwalk Hospital, but that I was also getting the treatment drug, I felt so hopeful,” said Mrs. Buehler.

[Neania and Manfred Buehler]“We had so many thoughts going through our heads. We needed to educate ourselves and learn about our options. We read a lot. We consulted with our family and friends. But at the end of the day, it came down to trust in Dr. Vahdat and Norwalk Hospital. Dr. Vahdat explained everything we needed to know very clearly, and we had confidence in the treatment plan for Neania,” said Mr. Buehler.

“Everyone at the Whittingham Cancer Center has been great, and we’re so thankful for this advanced treatment option at Norwalk Hospital. Without options like this clinical trial, and without a supportive care team, family, friends, and colleagues, it’s so much harder to fight this disease. It’s like putting an army together. We feel like we’re in a safe place now and we have the right tools to fight. We’re going to continue to fight,” said Mrs. Buehler.
Mrs. Buehler is thankful that the treatment is tolerable. She is able to go about her day after the treatment, which is very important to her because she loves her job.

As an Education Technician at the United States Military Academy at West Point, Mrs. Buehler oversees the academic side for her department, where they train a 4,400-person Corps of Cadets to be commissioned military leaders of character.

“Neania’s colleagues at West Point are all emotionally invested because she’s such a wonderful person. She’s also a very important part of our department and the development of freshman to senior level cadets at West Point,” said Colonel William Ostlund, Infantry, Director of Military Instruction, United States Military Academy. “She’s also eternally optimistic, which is why it was even harder to see her disappointment when she did not meet the criteria for other clinical trials. She was disheartened. It was defeating. But that all changed now that she is in the clinical trial at Norwalk Hospital. We are so thankful for the opportunity Norwalk Hospital is giving Neania. Participating in the clinical trial has noticeably improved her emotional and physical well-being, and has enhanced our entire team,” he said.

About Neania Buehler
As a member of the United States Army, Neania Buehler traveled the world serving her country, including a stint in Germany where she met her husband Manfred Buehler, who she said is “my rock.” She is a mom to a daughter and son, and a grandmother to three grandchildren. Mrs. Buehler is most thankful for the continuous love and support of her family, friends, and colleagues, and all the physicians and nurses who have cared for her. Both Mr. and Mrs. Buehler cannot say enough about their network. Friends from around the world and across the country helped them on their journey that brought them to Norwalk Hospital.

Mrs. Buehler is sharing her story with the hope that she can help other women and families going through a similar experience. She wants to emphasize the importance of breast cancer screenings because she was initially diagnosed with breast cancer during a routine mammogram. She wants to encourage women facing breast cancer to find the strength to talk about their experiences because she knows it helps. Lastly, she wants anyone battling a challenging disease to be persistent, to search for new treatment options, and to never give up. 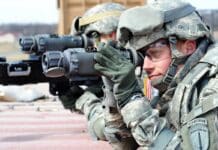