This was the age of the resurgent Ku Klux Klan; no law said only Blacks could be lynched, tarred and feathered.

I haven’t read any of Margaret Atwood’s work. Ever. Intentionally. I’m not proud of that, but I’m all so not ashamed or bothered by it particularly. I have a limited attention span, read a lot, and I really don’t like reading “important” novels.

After being forced to read Oliver Twist in 8th Grade by Sister Mary Louis who was a survivor of the Black and Tans with stories to tell, I decided that I didn’t really like a lot of classics. The Three Musketeers was something I enjoyed; The Red Badge of Courage, not so much. rex Stout and Nero Wolf were great! Mark Twain and Huck Finn were fun! Mark Twain and Life on the Mississippi were boring. And on and on and on.

So, I’ve never read Atwood. I know, The Handmaid’s Tale should be mandatory reading, and I get that, I really do. But, while I’m fan of dystopian visions of all sorts, one that focuses on the wrongs to women doesn’t really affect me as much as something about the wrongs to human beings. That is a problem, and one that bothers me. I am a man, and I admit, I like explosions. Even in books.

The Bret Kavanaugh debacle, however it plays out, is in some ways a significant emotional event for me. Kavanaugh, the more we hear, the less there is for me to like. He was a “golden boy” in high school and I’m sure had pennies in his loafers and compared dick-length’s in gym class, laughing and humiliating the guys less endowed. He probably modeled himself on the Omegas in Animal House; he probably really liked Niedermeyer.

But, as this sordid tale has unfolded, I’ve been wondering more and more if I should put The Handmaid’s Tale on my list of “I need and want to read this book!” for the autumn. Full disclosure, I was a little fat kid in high school and was bullied. Well, so what? It did build on a basic commitment to fairness to being really opposed to that kind of crap. But, high school in some ways was like the Army; it’s an Alpha Male world, and for the rest of us, you either act Alpha or be Eaten.

So, as the Kavanaugh shibboleth rolls on, I walked away from the news and opened my computer, looking initially at my reminder email and then opening the web page.

Since most of the stuff I was looking at on the email had pictures of women at the lead on the article, I assumed the writer was a women. Nope, the writer was Ron Charles, a recovering literature professor in the midwest who now writes about books and publish for WAPO. As I read the piece, I discovered a new quarterly that seems possibly more to my taste than the other quarterlies I look at every now and again. Freeman’s is a relatively new entry into high brow periodical reviews. The web page for the magazine talks about the first three issues, grouped around the themes of “Arrival,” “Home, ” and “Family.” Interesting, since these are what I would consider neutral to positive on a connotation scale. But, the next issue is due in late October, and it has a very different connotational theme: Power. That’s one that will make you stop and think for a minute.

Drummond: What do you think?

Lawrence and Lee’s play is a dramatization of the Scopes Monkey Trial in Tennessee in 1955. Scopes was high school science teacher who raised the issue of evolution in his classes. This caused a huge uproar locally, because Tennessee in 1925 and today for that matter, may not be the buckle on the bible belt but it’s at least a buttonhole. The trial’s verdict was really a formality; the only question was whether or not the townspeople would drag Scopes out and burn him at the stake. This was the age of the resurgent Ku Klux Klan and there was no law requiring that only Blacks could be lynched, tarred and feathered. Wasn’t unknown to happen to a White person, it was just rare.

The bit of dialog cited is really the turning point in the play and in reality as well. The Drummond character, modeled on Clarence Darrow, has drawn the Brady character, modelled on William Jennings Bryan into moment of absolute, logical paralysis. By not thinking about the things he doesn’t think about, Brady-Bryan has left a gap in his defenses, and allowed Drummond-Darrow to drive a tank into it.

If you don’t ever think about the basis for your beliefs, values and ideas you have constructed yourself an intellectual and psychological and spiritual 8 bedroom, 7 bath, four car garage mansion on sand; in the face of adversity it may very easily wash away or just fall into the sink hole.

So, I should do it more and recommend that you might begin occasionally to think about those issues that involve you, to think about the things you think about. As I reflect on what we are doing at the Veterans News Now online publications is largely about the use, abuse and ignorance of power. Physical power, emotional power, political power — those of us who have served and those who care about us are experts at the local use of power and at being at the tip of the spear when it contacts the flesh — because you can be at the tip of the spear being pushed or at the tip when the spear penetrates. Spears have targets, and sometimes we forget that we may be spear throwers by trade, but we’re spear targets by reciprocity. Or, as Judge Kavanaugh put it during his confirmation hearing, “what goes around comes around…”

The thing that clinched my interest in this next issue and possibly all the issues going forward was a poem by Margaret Atwood that will be part of the new collection. It tells the tale in a way away many other poets, prophets and minstrels have, of a world in transition to something new and maybe even less nice. The title is “An Update on Werewolves,” and Werewolves are great symbols of change, turmoil, and a power shift that no one really intends although probably evey bullied, harassed and exploited person has dreamed of.  It will be published in Freeman’s later this month, but if you need to look at power, social dynamics, politics, sexism, feminism and so on, it’s a good place to start.

In the old days, all werewolves were male.
They burst through their bluejean clothing
as well as their own split skins,
exposed themselves in parks,
howled at the moonshine.
Those things frat boys do.

Went too far with the pigtail yanking—
growled down into the pink and wriggling
females, who cried Wee wee
wee all the way to the bone.
Heck, it was only flirting,
plus a canid sense of fun:
See Jane run!

O freedom, freedom and power!
they sing as they lope over bridges,
bums to the wind, ripping out throats
on footpaths, pissing off brokers.

Tomorrow they’ll be back
in their middle-management black
and Jimmy Choos
with hours they can’t account for
and first dates’ blood on the stairs.
They’ll make some calls: Good-bye.
It isn’t you, it’s me. I can’t say why.
They’ll dream of sprouting tails
at sales meetings,
right in the audiovisuals.
They’ll have addictive hangovers
and ruined nails. — Margaret Atwood, 2018 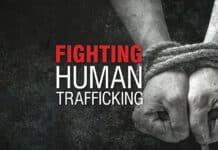