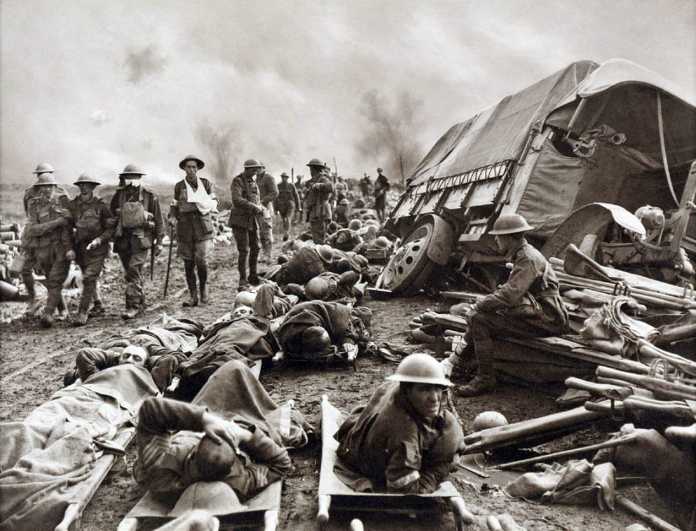 Few have heard of the CRB—the American-led Commission for Relief in Belgium. For nearly 10 million Belgians and Northern French facing imminent starvation behind German lines in World War I, the CRB was life-saving.

With the indomitable help of young, idealistic Americans, the CRB was responsible for initiating, organizing, and supervising the largest food relief the world had ever seen.

This is the story told in the narrative non-fiction historical book, WWI Crusaders: A band of Yanks in German-occupied Belgium help save millions from starvation as civilians resist the harsh German rule, August 1914 to May 1917 [Milbrown Press, November 11th, 2018], by historian and veteran writer Jeffrey B. Miller and releasing this fall on the 100th anniversary of the end of World War I (and Veteran’s Day).

Realizing that Americans were in the dark about this incredible humanitarian chapter of U.S. history—and reflecting on his own personal connections to the story, which he holds close to his heart—Miller set out to make a significant contribution to the written record of this massive American relief effort, while also bringing attention to the all-deserving but rarely-praised President Herbert Hoover. 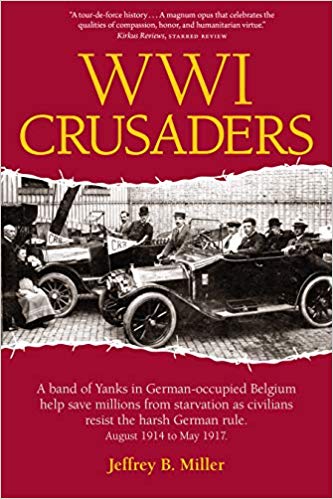 A thoroughly-researched and comprehensive telling, which follows Miller’s highly-praised Behind the Lines – part one of a planned three-part series – WWI Crusaders explores a variety of important facets from this groundbreaking contribution to humanitarian relief and war aid, including:

Of Behind the Lines, Foreword Reviews said, “Writers like Miller bring to life the people, the heroes we do not know, and this alone is reason enough to look forward to his next book,” while Publishers Weekly commented, “Though it’s an intriguing read, Miller’s well-written and thorough study will be of greatest interest to specialists in WWI and European history,” and a Kirkus Reviews Starred Review added, “An excellent history that should catapult Miller to the top tier of popular historians,” also naming it one of the Best Books of 2014.

About Jeffrey B. Miller:
Jeffrey B. Miller has been a writer, editor, and author for more than 40 years. His career includes starting six magazines (city, regional, and national), being editor-in-chief of five inflight magazines, and director of communications for AAA Colorado. He is also the author of Stapleton International Airport: The First Fifty Years (Pruett Publishing, Boulder, CO, 1983); co-author with Dr. Gordon Ehlers of Facing Your Fifties: Every Man’s Reference to Mid-life Health (M. Evans & Co., New York, 2002), which was included in Publishers Weekly’s Best Books of 2002; and author of Behind the Lines (Milbrown Press, 2014), which detailed the chaotic beginnings of WWI Belgium food relief and was included in Kirkus Reviews’ Best Books of 2014.

WWI Crusaders will be available on Amazon, Barnes & Noble, and wherever books are sold beginning November 11, 2018.