Home Government & Politics IMMIGRATION: Stop the VISAS!
Share
Facebook
Twitter
Pinterest
WhatsApp
Linkedin
ReddIt
Email
Tumblr
Print
Digg
With less than 100 days to go until midterm elections, President Trump is ramping up rhetoric over immigration and is now threatening a government shutdown if he doesn’t get money for his border wall. For Fact’s Sake, Ali Velshi and Stephanie Ruhle will explain why a wall is not an effective way to crack down on undocumented immigration.
Here’s some facts direct from S Government
But US Govt says there were 630,000 visa overstays! Holy Cow! That’s 66,000 more people in the country staying than those that were apprehended at border. And certainly more than actually got in at the border. 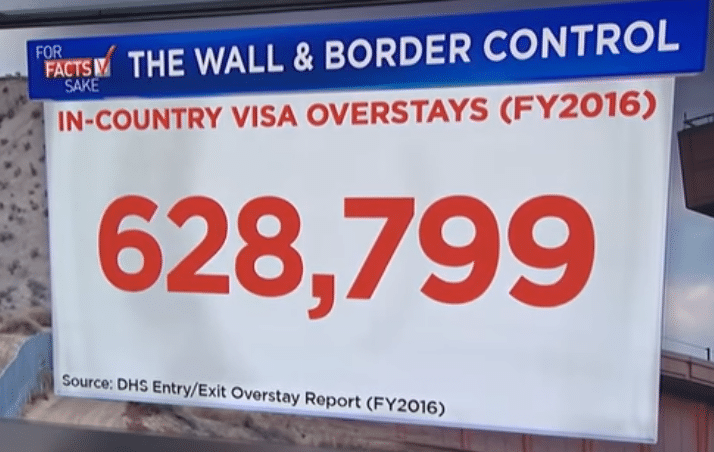 So should we “Build the Wall” or STOP THE VISAS?
Or does XENOPHOBIA and race blaming just go over better when TrumpBots scream “build that wall”?  Hum?