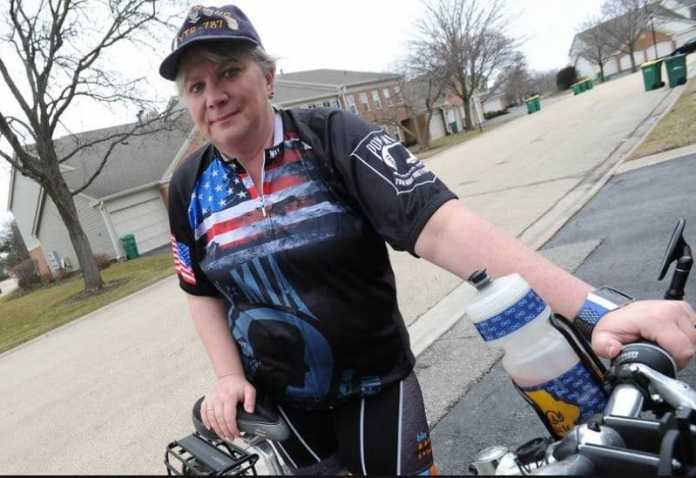 ST. AUGUSTINE, Fla. – It took her 62 days, eight states, and 3,045 miles, but Tracy Sefcik reached the beach in honor of her fellow veterans.

“It was joyous,” the Navy retiree told First Coast News Thursday morning. “I told you I was going to take a dip in the water!”

It was the perfect bookend to a cross-country bicycle ride that began March 2 at the beach in San Diego. Sefcik embarked by literally dipping her tires in the Pacific Ocean. She ended by doing the same at St. Augustine Beach, followed by an impromptu dunk herself – still dressed in her riding gear – as an exclamation point.

“I started crying when I came around the corner and saw my two sons,” she said. “I started getting teary-eyed behind my glasses.”

Although Sefcik, who served in the Navy from 1983 to 1987 including duty in Japan, put the Pacific in her rearview mirror, she’s never turned her back on fellow veterans. Her ride’s purpose was to raise money for the Cross Country Cycle 4 Vets, which aids veteran causes. She met her goal of $25,000, but she now wants to double that via the Foundation’s site as well as her Cross Country Cycle 4 Vets page on Facebook..

She wasn’t sure she could do it.

Which would be understandable for anyone, but Sefcik, who is in her 50s, is also a veteran of epilepsy and a brain tumor. She even had to stop for treatment at a VA in Texas. But that was no match for her tenacity.

“I’d always think of my kids because I always told my two sons, give 110 percent,” she explained. She told First Coast News all those miles gave her plenty of time to talk with God, with the spirits of dearly departed … and to herself.

“You’re not hurt,” she said she would tell herself, “you had a bad day, you had a bunch of hills. Tomorrow will be better and you’ve just got to keep going.”

Sefcik’s two sons, both grown men, were at the St. Augustine Beach pier, along with her mother, to welcome her. 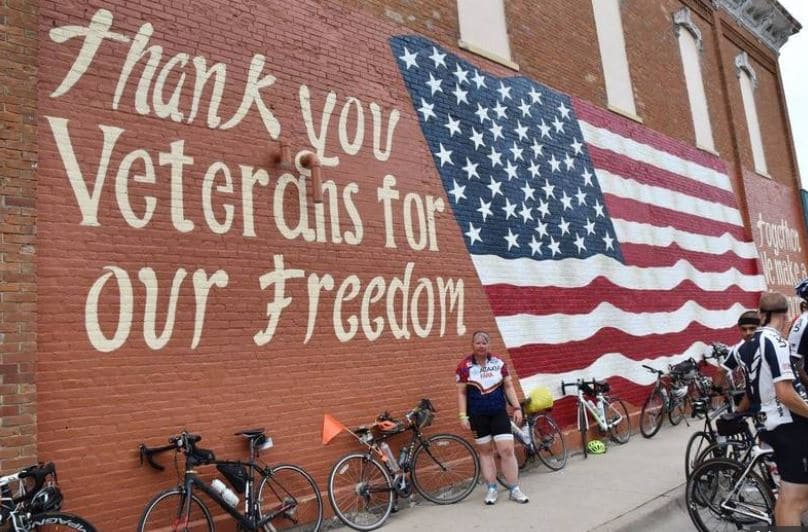 “At first, to be honest, I thought she was crazy,” said her older son Clem Hall, of his mother’s idea to cycle from Pacific to Atlantic. But, just as a mother never outgrows worrying for her kids, Hall said it was mutual.

“You always want to be there to protect her … and knowing that if something happens out there on the road, you can’t be there, you know?,” he said.

“I’m thinking to myself, ‘For real?!’,” Weir said of her daughter’s plans. “And then as the days went on, I found out it was for real.”

But she was also encouraging, saying the jubilation on Tracy’s face as she arrived Thursday was one of the three biggest smiles she’s ever seen – the other two being Tracy’s graduation days from high school and Navy boot camp.

Sefcik arrived to a hero’s welcome, crossing the ICW with an escort from a motorcade of police and veterans.

It’s her last bridge for this trip, but Tracy is already planning to participate in a memorial ride three years from now, from Washington state to San Diego, to mark the 20th anniversary of the 9/11 attacks.

“I’m an old lady,” she laughed, followed a moment later with encouragement for herself or anyone else who’s listening. “But you can do it.”