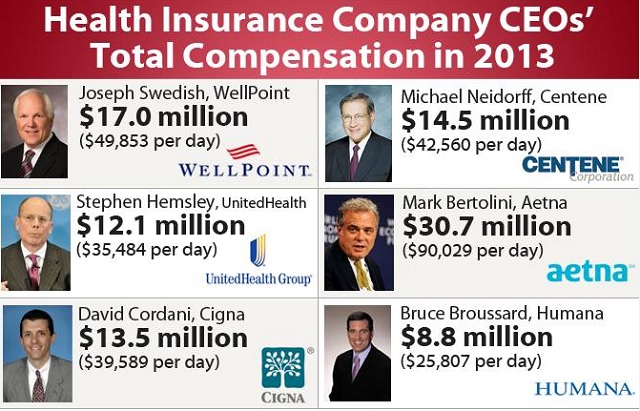 The failure of the GOP to repeal Obamacare proves once again that the establishment power structure maintains their grip on political policy. The incompetence of Paul Ryan is more closely described as a propensity to be a faithful stooge for the corporatist agenda. It is because of this assessment, which reflects the current state of conduct where nothing ever changes or actually improves society that keeps the malevolent system in place. Regretfully, Big Government is now the GOP Platform.

“Collectivism is alive and well within the party apparatus of the Republican jellyfish tax cutters. This loathsome game of surrender is the hallmark of phony conservatives. The article, Why the GOP are cowards, needs to be read again, since its application has proven once again that big government is in actuality, the default position of the party of double talk.”

The disastrous American Health Care Act had all the fingerprints of being written by the insurance lobbyists. Just like the one originally drafted to guarantee Insurance Companies Profit from Obamacare.

The pattern of holding health care hostage to corporate revenue is at the heart of the problem with structuring a viable delivery system of medicine. Obamacare Imperiousness provides the needed background.

“Insurance does not have to be a service for profit. Administrative expenses and actuarial factors could be the pass through costs that determine rates. Under the current protected system, the Obamacare formula guarantees the mega insurance titans returns, while assuring that the quality of medical treatment declines or becomes not existent.”

In order to design a cost effective method to provide health care, the first element is to remove private for profit insurance underwriting from medical coverage. Since economic reality is based upon “there is no free lunch”, individuals need to take responsibility to pay for their healing treatment. The arguments against a government single payment system usually reject the intrinsic right of citizens to pay directly for medical services rendered. Obamacare’s mandate that requires individuals to obtain insurance coverage or to pay an ever increasing fine is pure despotism.

The alternative is to adopt the Medicare administrative processing organization to render payment to doctors and medical facilities. In addition a competitive fee based standard for procedures and treatments needs to be established and continually updated that reflects the evolving capacities and costs for the practice of medicine.


The government would distribute payments for medical services from individual accounts of each person who joins the indemnity coverage scheme. Persons who are presently receiving medical coverage through their employers will receive the benefit of eliminating the profit markup of insurance companies. Employers will immediately receive relief from the Obamacare requirements and will be in a position to increase wages and hire more workers.

Individual taxpayers, who want to be part of this delivery system, will be incentivized to buy life insurance policies ($500,000 minimum) from underwriting actuary companies and assign the beneficial claim rights to the federal program. If at the end of life, the value of the coverage maintains a positive worth after all medical costs are satisfied, the proceeds become part of the person’s estate.

Life insurance companies will be able to invest the premiums from these policies and make capital available for growth and expansion.

Medicare taxes remain on wages and income as a method to maintain the cash flow of the distribution payment system.

For those who chose not the become part of this format, their coverage limits will be reduced by the diminished amount for not maintaining the life insurance component.

Medicaid coverage for the indigent, low income or unwilling to contribute to their own medical care costs, will limit the most expensive procedures that currently are being pitched as entitlements. Charity hospitals and skilled gratis care can once again become part of the culture and be seen as a duty of the medical profession.

The other side of the coin requires a fundamental reform of the medical delivery care. Since an updating fee schedule would be set, federal research funding and incentives need to be designed that will encourage more competition to keep fees down. With reduced paper reporting and regulations, general administrative costs will be lowered.

Encouragement and expansion of concierge medicine.

The addition of alternative eastern medicine to the coverage standard.

The patient needs to know the cost for each and every treatment and procedure. They need to have a direct relationship for all expenditures to their own pocket book outlays. The unavoidable rise in medical levies under Obamacare or the Ryan Plan stems from a lack of reducing the actual costs in medical services that are disguised through a byzantine layer of undisclosed charges that are seldom itemized or even known at the time of making a business decision.

Coverage across state lines is being prevented because insurance companies hate competition. The most infamous proponent of stamping out competition was John D. Rockefeller. The History of the Pharma-Cartel is the chronicle of Western medicine that serves special interests at the expense and health of Americans. How Rockefeller Founded Modern Medicine And Killed Natural Cures concludes:

“100 years later, churning out doctors who know nothing about the benefits of nutrition or herbs or any holistic practices. We have an entire society that is enslaved to corporations for its well-being.

America spends 15% of its GDP on healthcare, which should be really called “sick care.” It is focused not on cure, but only on symptoms, thus creating repeat customers. There is no cure for cancer, diabetes, autism, asthma, or even flu.”

What is amazing that so few of these “sick care” patients understand just how deceptive the political warfare over enforcing the no cure therapy that comes from Obamacare or the Ryan lite travesties have taken on the public.

The legacy of the governmental malady that imposed Obamacare is a Public Requiem by Supreme Decree is more dangerous than any virus pathogen.

“Do you have an absolute right to refuse medical treatment? Well, if you recognize the immutable authority of natural rights, you must defend the birthright of individuals to reject the quackery of government-imposed medicine. Common law clearly discerns that there are limits on the power of governments to force human beings into becoming pinned up sheep, against their will. Already far too many cowardly citizens are eager to comply with the next dictate of a tyrannical regime. Subsequently, when the death panels summon you into their diagnostic pool of drugs, why would you want to accept the pharmaceutical prescription for a controlled and managed demise?”

The wasted political capital and falsified misdirection that consume public discourse avoids the real remedy for curing the national epidemic. Watching the blame game when Obamacare ruptures into an appendicitis of unaffordability will explode into a partisan frenzy of disgust.

The forces of despotism want to coerce a socialized governmental controlled system of medical maltreatment. Market alternative elements would be relegated to the scrap heap of terminal afflictions. Much like the payment with cash, the establishment elites and governance bureaucrats want to ban any unconventional treatment as improper or even unlawful.

Since no solution has been agreed to by the political class, the only way to awaking the public mind is to prove the linkage between real world tax tariffs and the overpriced costs of coverage and treatments. When an oppressive deductable is so high that the underlying insurance is not able to be used, what is the point of having coverage?

People must accept that Obamacare was imposed on the public by the entitlement proponents, AKA, the Democratic Party. Since most inflective observers acknowledge that Obamacare will spiral out of control this year, it is unconscionable that both parties are so unwilling to arrive at even a temporary quick fix.

As long as an insurance mandate is a core requirement, the public resentment will grow. As long as the excessive cost of services is not addressed and reduced, having insurance is an endless escalation into bankruptcy. And as long as medical practice is defined as drug based treatment, and avoids the causes of disease and illness, the end result will just keep the laboratory specimens running on a treadmill.

When USA Today publishes, Dying younger: U.S. life expectancy ‘a real problem’, one needs to inquire if the decline in the quality of medicine might be a result of the failed Obamacare sham. Entitlements for those who are unwilling to pay for their own health care is an inevitable prescription to lower the care level for everyone.

Read the entire article on the “Totalitarian Collectivism” archives 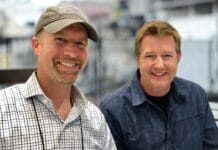 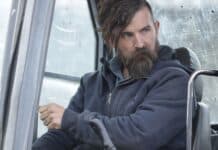