The fathers of three Green Berets who were killed in an attack last year while on a mission to train Jordanian troops are calling on the country’s government to take responsibility for the incident.

The men will be joined Tuesday at a news conference in Washington, D.C., by Sen. Roy Blunt, R-Missouri, Rep. Ted Poe, R-Texas, and Rep. Tulsi Gabbard, D-Hawaii, according to a release. They are scheduled to discuss developments in their search for information and their demands that the government of Jordan “account for the incident,” according to the release.

Sgt. 1st Class Matthew Lewellen and Staff Sgts. James Moriarty and Kevin McEnroe were killed by gunfire on Nov. 4 while driving into King Faisal Air Base in al-Jafr, Jordan.

The men were members of 5th Special Forces Group at Fort Campbell, Kentucky.

A Jordanian soldier was responsible for the attack, according to the release. A spokesman for Special Operations Command did not immediately respond to a request for comment. 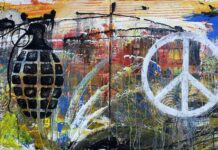 5 Ways to Find Peace After War 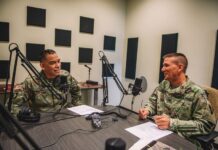 Americaneagle.com has found their podcast match with Warriors In Their Own Words 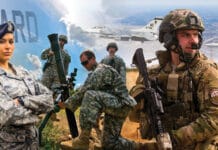