I have just read the speech by Leader of the Islamic Revolution Ayatollah Seyyed Ali Khamenei, delivered to “commanders, officers, pilots, and staff members from Iran’s Air Force and the country’s Khatam al-Anbiya Air Defense Base in Tehran, Februay 7, 2017.”

Let me first say that I do not pretend to be an “expert” on US-Iranian relations.  In fact, I do not “pretend” to be anything.  As the cartoon character “Popeye the Sailor-man” used to say: “I am what I am, and that’s all what [sic] I am.”  I mention this cartoon character from my childhood because too often it seems to me our contemporary world is cartoonish! Cartoons, of course, can be funny and unreal, but they can also be nightmarish and too real.  Especially in the United States of America, in 2017 and for too many decades now, we have been living in a cartoon world of  vast exaggerations and distortions.

I do not “pretend” to be anything, but I do claim to be a fairly good observer of human nature.  I have made my observations as a teacher in US public schools and prisons, and as a professor in the US and Japan.  Also, in my writing and publication of poems, articles and fiction and in productions of dramas and public performances of my work (at the Carter Presidential Library, and elsewhere).  The task I set myself from the age of 8 onward was to know the world through careful observations; through listening and questioning.  From my teen years, I have been keenly interested in the Arts, History, Politics and Philosophy.

Broad subjects!  And I am constantly refining and honing my world-view, my understanding.  At 70, I am still trying to understand better, to feel my way into the secret, often sacred, corridors of the mind and heart.

So, truly, I am honored to have an opportunity to express myself about Leader Khamenei’s speech.  It is especially important to seize this opportunity now because there has been so much misunderstanding and ugliness between the United States and Iran—since the time of the CIA’s overthrow of the democratically elected government of Mohammad Mossadegh; through the decades of support for the pretentious impostor “Shah”; and, more recently, since the Islamic Revolution of 1979.

The problem, as I see it, is that the United States has been an “Empire” for a long time—really from its beginning (our 3rd president, Jefferson, the principal author of our “Declaration of Independence” waxed metaphorically in his post-revolutionary days—or was that daze?—about an “Empire of Liberty”!  And there’s the rub!  We contradict ourselves and hate to admit our contradictions!  An “empire… of liberty”!


Was there ever a more blatant oxymoron?  Supposedly disseminating “freedom and democracy,” we cast our net to draw in authoritarian regimes to ourselves—in order to make our imperial system stronger.

Now, concerning the recent US presidential election: this, too, has something of a cartoonish nature; a businessman-oligarch (Trump) ran against a very incompetent Secretary of State (Hillary Clinton), who was clinging to the coattails of an articulate but incompetent President Obama.  Ignorance was widely and wildly on display for the year and a half of this seemingly endless, made-for-TV-and-twittering campaign.  If one expected any depth of insight, one waited in vain…, and waited… and waited….

I could not bring myself to vote for either candidate (and neither could half of the US population!).  The more savvy among us (so I like to think) were fed up with all the nonsense, all the war-mongering!  Towards the end of the campaign season, I admit to favoring Trump over Hillary.  Trump was promising rapprochement with Russia, working with Putin.  Hillary and her Democratic Party squadrons kept talking about Russian interference/hacking in the US election (but, of course, it was all bombast; no evidence!).

On the other hand, I was nervous of Trump’s talk of the “worst deal ever” that the Obama Administration had made with Iran!  (Actually, I believed the best thing Obama had achieved was an accommodation with Iran: an accommodation that allowed both sides to face the world with some dignity.)

So, the absurd election boiled down to a candidate who advocated heating up conflicts with Russia (probably involving NATO expansionism, and, possibly even nuclear war!) and one who wanted to ignite a conflict with Iran (one that would engulf the Middle East, decimate populations and destroy the lives of millions of people worldwide!).

In his February 7th speech, Leader Khamenei has wisely rejected the “threats” already issuing from the Trump Administration.  Leader Khamenei stressed a “dignified” response to threats and bullying.  I wholeheartedly applaud the emphasis on “dignity” and respect—respect for treaties between democratic governments, respect for the cultures and lives of citizens of this fragile, shrinking planet.

In its 200 years of expansionism, the US has paused too seldom and too briefly to consider the culture, history, lives and dignity of other lands.  Someone I am honored to know, peace-activist, Kathy Kelly, wrote a fine book called “Other Lands Have Dreams.”  (She visited Gaza and Iraq and Afghanistan in times of war!)

We need more leaders in this world who will stress the importance of “dignity” for the triumph of the human spirit.  We need more leaders who can hear and interpret the dreams of others—and make those dreams comprehensible to those residing too long in cartoonish worlds of stereotypes and nightmares.

In her superlative book, “The Ornament of the World,” about the Andalusian Caliphate, historian Maria Rosa Menocal wrote:

“A great people in a historically central civilization…must speak a language to history itself.”

Persia/Iran has, of course, been a “historically central civilization” for millennia. It is my sincere hope that it will continue to speak its beautiful language to history, and to our modern world, and that we all may learn to better hear and understand each other.

*Gary Steven Corseri has published and posted articles, fiction and poems at hundreds of global venues, including, TMS (Transcend Media Service), The Japan Times, Outlook India,  The New York Times, Village Voice, Counterpunch.org, VeteransNewsNow.org and Countercurrents.org.  He has published 2 novels and 2 collections of poetry, and his dramas have been produced on PBS-Atlanta and elsewhere.  He edited the Manifestations literary anthology; has performed his poems at the Carter Presidential Library and Museum; and has taught in universities in the US and Japan, and in US public schools and prisons. 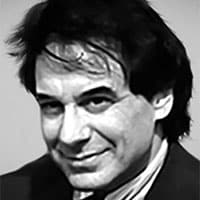