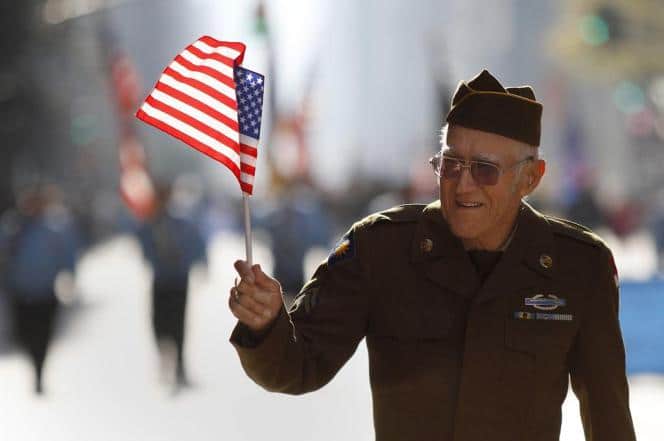 This year, America’s Parade will commemorate the 15th anniversary of 9/11 and honor veterans of the Global War on Terrorism as well as first responders to the attack.  The U.S. Coast Guard is the featured service for the 2016 parade.

“We are honored to have three Grand Marshals who have served with courage and dedication our nation and our city,” said McGowan, a Marine Corps veteran who also served in Afghanistan and Iraq.  “They represent the thousands of men and women veterans and those still engaged in the Global War on Terrorism, and those who answered the call of duty on 9/11.”

“Our First Responders and our veterans remind us that 9/11 was at once our darkest moment and our finest hour,” McGowan added.


“Our three Grand Marshals represent the centuries-old tradition of our veterans who continue to serve their community after their service to our nation is concluded,” said McSweeney, a Marine Corps veteran of Iraq.  “Their selection represents the UWVC mission of uniting everyone in our veterans’ community and giving them a strong voice.”

“Those of us who have served embrace and thrive on the need to grow and support the future generations.  We must be advocates for the services that veterans need.  We need to shine a light on those who have gone before us, whose service was often unappreciated and unacknowledged, especially those who served in Vietnam and women who served in WWII and Korea, as well,” said Col. Dawson.

“I am truly blessed, humbled and honored having been afforded the opportunity to serve with one of America’s best and with New York City’s finest,” Det. Vergara said.  “I have a chip on both shoulders; one has the Eagle, Globe and Anchor of the Marine Corps and on the other is my Police Department shield.”

“I am humbled and honored to represent the men and women of the FDNY and the U.S. Army who cannot be at the 2016 New York City Veterans Day Parade,” Chief Duggan said.

“As most military service members will agree, those soldiers, sailors, airmen and marines who are wounded or killed are the real heroes.  The rest of us only did our jobs. This rings true for the members of the FDNY.  I am privileged to have worked with heroes in both services.”

“As New York City’s newest city agency, the Department of Veterans Services is incredibly proud to join with New York City’s veterans, and indeed, veterans from across the country, to celebrate Veterans Day.  New York City is home to one of the largest and most vibrant veterans’ populations in America.  It is a tremendous honor to serve this particular population of New Yorkers. On Veterans Day and every day, we celebrate their service, strength, and sacrifice. There is simply no greater privilege,” said Commissioner Loree Sutton, MD, Brigadier General (Ret.) US Army.

The original Veterans Day Parade in 1919 was a welcome home for U.S. troops who served in WWI.  This year’s parade begins with a memorial ceremony at the Eternal Light Flagpole in Madison Square Park, a monument to those who served in “the War to End War.”

More than 300 marching units represent over 30 states, and include veterans groups, military units, high school and college bands, and nearly 200 floats and vehicles.  This year’s parade also features a special commemoration of the 25th anniversary of the first Gulf War – Operation Desert Storm.

This year, UWVC also is working with leaders in Los Angeles and Philadelphia on Veterans Day celebrations in those cities, with the goal of expanding to 10 cities across America by 2019 to mark the 100th Anniversary of Veterans Day.  America’s Parade is hosted by the City of New York and is supported by numerous patriotic partners, including JP Morgan Chase & Co., Aetna, UWVC Recycling, Cushman & Wakefield and AWEARNESS Kenneth Cole.

America’s Parade serves as the centerpiece of Veterans Week, a series of educational, entertainment and tribute events, including a Veterans Mass at St. Patrick’s Cathedral, and performances and workshops for and about veterans. Also during the week, there will be tributes and special programming at the National September 11 Memorial & Museum, where U.S. veterans are honored annually during the week-long Salute to Service in November.   A complete schedule will be available at www.americasparade.org and visit facebook.com/AmericasParadeNYC to stay connected on the latest parade news and announcements.

About United War Veterans Council
The United War Veterans Council, Inc. (UWVC) is a 501-(c) (19) non-profit organization that is dedicated to mobilizing the public to honor, support and serve America’s veterans through a wide range of activities and initiatives. We produce America’s Parade (the NYC Veterans Day Parade), the largest celebration of service in the nation.  Since our inception, the UWVC has been a non-political, non-partisan organization, with no agenda or purpose other than serving our veterans. We represent the mosaic of the veterans’ community, encompassing veterans of all eras and backgrounds. www.uwvc.org / FB / Twitter.