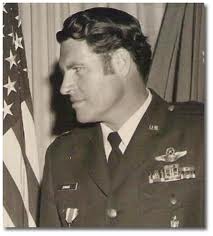 It’s been a year since Col. Bob Bowman, known to many as a patriot’s patriot, lost his battle with cancer brought on by Agent Orange exposure from his service in Vietnam.

In his runs for president and Congress his campaign slogan was, “Follow the Constitution, Honor the Truth, Serve the People,” the same slogan used by the nonpartisan veterans organization The Patriots while he served as its national commander.

Soldiers are told that “they’re fighting for our freedoms,” but for many it’s not until years later as veterans do they understand what those freedoms are and the significance of their oath of enlistment “to support and defend the U.S. Constitution against all enemies foreign and domestic.” The Founding Fathers understood all too well domestic tyranny, and thus created the U.S. Constitution to limit government from infringing upon the American people’s inalienable rights to life, liberty and the pursuit of happiness; limits most clearly defined in its first ten amendments known as the Bill of Rights.

Understanding the age-​​old tactic of “divide and conquer,” the Founding Fathers did not intend for political parties which would inevitably lead to the American people compromising their common allegiance to the defense of the Constitution in favor of their respective party. They also understood that one of the greatest threats to our liberties at home was to allow our servant government to engage in foreign entanglements, as our nation’s first president and commanding general in the War for Independence emphatically warned against. Thus a declaration of war by a vote from the people’s representatives in Congress was required before going to war.

Col. Bowman understood as well. When Veterans For Peace (VFP) launched its national “Operation Support and Defend” campaign in January 2007 opposing the unconstitutional war and subsequent legislation following the 9/​11 terrorist attacks, he was hopeful that veterans and the people alike would return our government to following the Constitution. However, VFP is predominantly made up of veterans with left-​​leaning or liberal political views identified with the Democratic Party, and the campaign was not embraced by those veterans’ groups whose members were more of right-​​leaning or conservative views.

In April 2009, following the change from a Republican to a Democratic president, another national veterans group, Oathkeepers, emerged with the same concern for a domestic defense of the Constitution, yet they’re predominantly made up of veterans with right-​​leaning or conservative views identifying more with the Republican Party.

Bob Bowman joined the Oathkeepers, hoping to bring veterans from Veterans For Peace together with veterans in Oathkeepers and put principle and their shared oath to the Constitution above their respective political differences. Sadly the leadership along with much of the membership of both organizations rejected such a partnership. Both organizations continue to this day to blame their fellow veterans with differing political loyalties for our common ills.


Our Central Florida chapter of Veterans For Peace has been renamed the Col. Bob Bowman Memorial Chapter, and we’re committed to continuing his work in “Following the Constitution, Honoring the Truth, and Serving the People.” Those familiar with our chapter since its founding in 2005 know of our consistent and unwavering adherence to our organization’s statement of purpose and principles set, being truly non-​​partisan in both our actions and words.

So on Veterans Day 2014 we’re once again asking our fellow veterans to put aside, without surrendering, our respective political differences and come together in a common and shared “fight for our freedoms”.

About the Author:    Restino is co-​​chairman of the Central Florida chapter of Veterans For Peace. For more information, visit CFLVeteransForPeace.org or call (386) 788-​​2918.