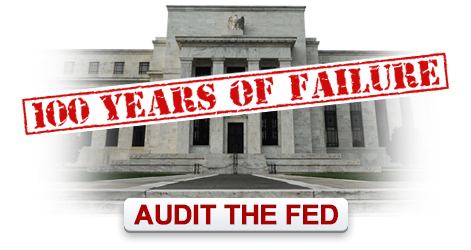 Researching economic publications on the first century of the Federal Reserve System provides a wealth of financial information that attempts to explain the way the central bank works. Rarely will the academic studies and official reports address the raw nature of a money creation by a private banking monopoly. The common practice of disparaging sources outside government or corporatist business circles, attempts to avoid addressing, much less confronting the plutocracy that controls the debt created money system.

One such source list of the ownership of the Federal Reserve, compiled by Thomas D. Schauf appears on The Federal Reserve Scam! However, before getting to the particulars of the actual families behind the central banking cabal, it is important to go directly to the source of the primary chronicler who investigated and exposed the scheme. The late, Eustace Mullins – Secrets of The Federal Reserve, video reveals the entire sordid background.

Now review 25 Fast Facts About The Federal Reserve You Need To Know, from ETF Daily News that advises investors. The way these items play into the central banking model practiced by all 187 nations that belong to the IMF, demonstrates that banksters of the most select rank, are behind continued debt bubbles that are strangling the world.

On the Left Hook site by Dean Henderson, a five part series on the Federal Reserve provides added documentation. Mr. Henderson cites from Part 1 in this series, The Federal Reserve Cartel: The Eight Families, “They are the Goldman Sachs, Rockefellers, Lehmans and Kuhn Loebs of New York; the Rothschilds of Paris and London; the Warburgs of Hamburg; the Lazards of Paris; and the Israel Moses Seifs of Rome.”

Finally, watch the video by G Edward Griffin Creature From Jekyll Island A Second Look at the Federal Reserve. Mr. Griffin explains the broad picture in simple and clear terms.

With such definitive information available and widely known within financial circles, why is the public so content to remain in the dark? They live under the aftermaths of the Federal Reserve is a Cache of Stolen Assets, but resign themselves to the oblivion of lost expectations and the burden of diminished opportunities.

“Think about who really owns the land, the buildings and the resources in our country. In order to really understand the scope and extent of the economy, the differential between actual Main Street enterprise, that feeds, clothes and shelters the population, is minuscule when compared to the financial assets, both liquid and real property, that is under the command and control of the central bank.”

The political class and the business establishment simply refuse to buck the controllers of the currency. Attempts for a Jackals of Jekyll Island – Federal Reserve Audit, are pushed aside because any accountability for the Fed would ripple throughout the entire world fiat paper banking system.

“The FED’s grip on the global moneychangers’ racket is based upon maintaining the U.S. Federal Reserve funny money, as the reserve currency for the planet. The value and worth of Treasury Bills and Bonds are on the path to have the value of Reichsbank marks. Recognize the enemy that is destroying the country and world economy.”

The Cato Institute provides a working paper, Has the Fed Been a Failure?, that traces the history, avowed mission and actual results of the Federal Reserve System. This scholarly approach acknowledges that other financial frameworks are “relatively easy to identify viable alternatives to the adoption of the Federal Reserve Act in 1913.”

“However, recent work suggests that there has been no substantial overall improvement in the volatility of real output since the end of World War II compared to before World War I . . .  the Fed cannot be credited with having reduced the frequency of banking panics or with having wielded its last-resort lending powers responsibly. In short, the Federal Reserve System, as presently constituted, is no more worthy of being regarded as the last word in monetary management than the National Currency System it replaced almost a century ago.”

Since the adoption of a private banking, money creation venture, the dollar has lost virtually its entire store of value. The currency has lost its universal acceptance, as multiple alternatives circulate to replace its reserve status.

The Federal Reserve’s First 100 Years: A Dismal Record by Dan Ferris, identifies the ultimate consequence of the stewardship under a central bank. “The century prior to the Fed, despite setbacks, was a century of improvement in the dollar’s value. The century after it, despite enormous gains in productivity, was a century of rampant Federal Reserve destruction of the dollar’s value.”

This failure to maintain and preserve the integrity of the dollar is no accident. The actual purpose of the architects of the Federal Reserve System has never changed. Consolidate the control of money into a concealed cartel of banking houses that ultimately decide economic and political policy.

Dispensing of credit to corporatist projects, owned or run by reliable operatives of the cabal is the objective. The only beneficiaries are the original stockholders.

“Under the terms of the Federal Reserve Act, public stock was only to be sold in the event the sale of stock to member banks did not raise the minimum of $4 million of initial capital for each Federal Reserve Bank when they were organized in 1913 (12 USCA 281). Each Bank was able to raise the necessary amount through member stock sales, and no public stock was ever sold to the non-bank public.”

For the rest of Americans, the Federal Reserve conspiracy is an ongoing theft syndicate. It only takes the will to admit the undeniable. Without the courage to abolish this usury monster, the next century will witness the total destruction of the country.

Read the entire article on the Corporatocracy archive page 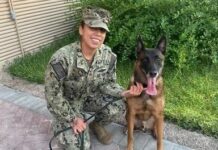 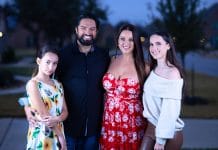