Last week we saw dramatic new evidence of illegal government surveillance of our telephone calls, and of the National Security Agency’s deep penetration into American companies such as Facebook and Microsoft to spy on us. The media seemed shocked.

Many of us are not so surprised.

Some of us were arguing back in 2001 with the introduction of the so-called PATRIOT Act that it would pave the way for massive U.S. government surveillance — not targeting terrorists but rather aimed against American citizens. We were told we must accept this temporary measure to provide government the tools to catch those responsible for 9/11. That was nearly 12 years and at least four wars ago.

We should know by now that when it comes to government power-grabs, we never go back to the status quo even when the “crisis” has passed. That part of our freedom and civil liberties once lost is never regained. How many times did the PATRIOT Act need to be renewed? How many times did FISA authority need to be expanded? Why did we have to pass a law to grant immunity to companies who hand over our personal information to the government?

It was all a buildup of the government’s capacity to monitor us.

The reaction of some in Congress and the administration to last week’s leak was predictable. Knee-jerk defender of the police state Sen. Lindsey Graham declared that he was “glad” the government was collecting Verizon phone records — including his own — because the government needs to know what the enemy is up to. Those who take an oath to defend the Constitution from its enemies both foreign and domestic should worry about such statements.

House Intelligence Committee Chairman Mike Rogers tells us of the tremendous benefits of this Big Brother–like program. He promises us that domestic terrorism plots were thwarted, but he cannot tell us about them because they are classified. I am a bit skeptical, however. In April, the New York Times reported that most of these domestic plots were actually elaborate sting operations developed and pushed by the FBI. According to the Times report, “of the 22 most frightening plans for attacks since 9/11 on American soil, 14 were developed in sting operations.”

Even if Chairman Rogers is right, though, and the program caught someone up to no good, we have to ask ourselves whether even such a result justifies trashing the Constitution. Here is what I said on the floor of the House when the PATRIOT Act was up for renewal back in 2011:

If you want to be perfectly safe from child abuse and wife beating, the government could put a camera in every one of our houses and our bedrooms, and maybe there would be somebody made safer this way, but what would you be giving up? Perfect safety is not the purpose of government. What we want from government is to enforce the law to protect our liberties.

What most undermines the claims of the administration and its defenders about this surveillance program is the process itself. First, the government listens in on all of our telephone calls without a warrant, and then, if it finds something, it goes to a FISA court and gets an illegal approval for what it has already done! This turns the rule of law and due process on its head. 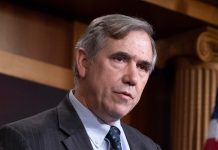 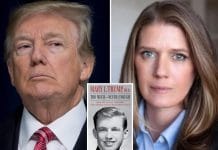 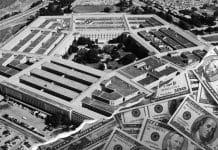